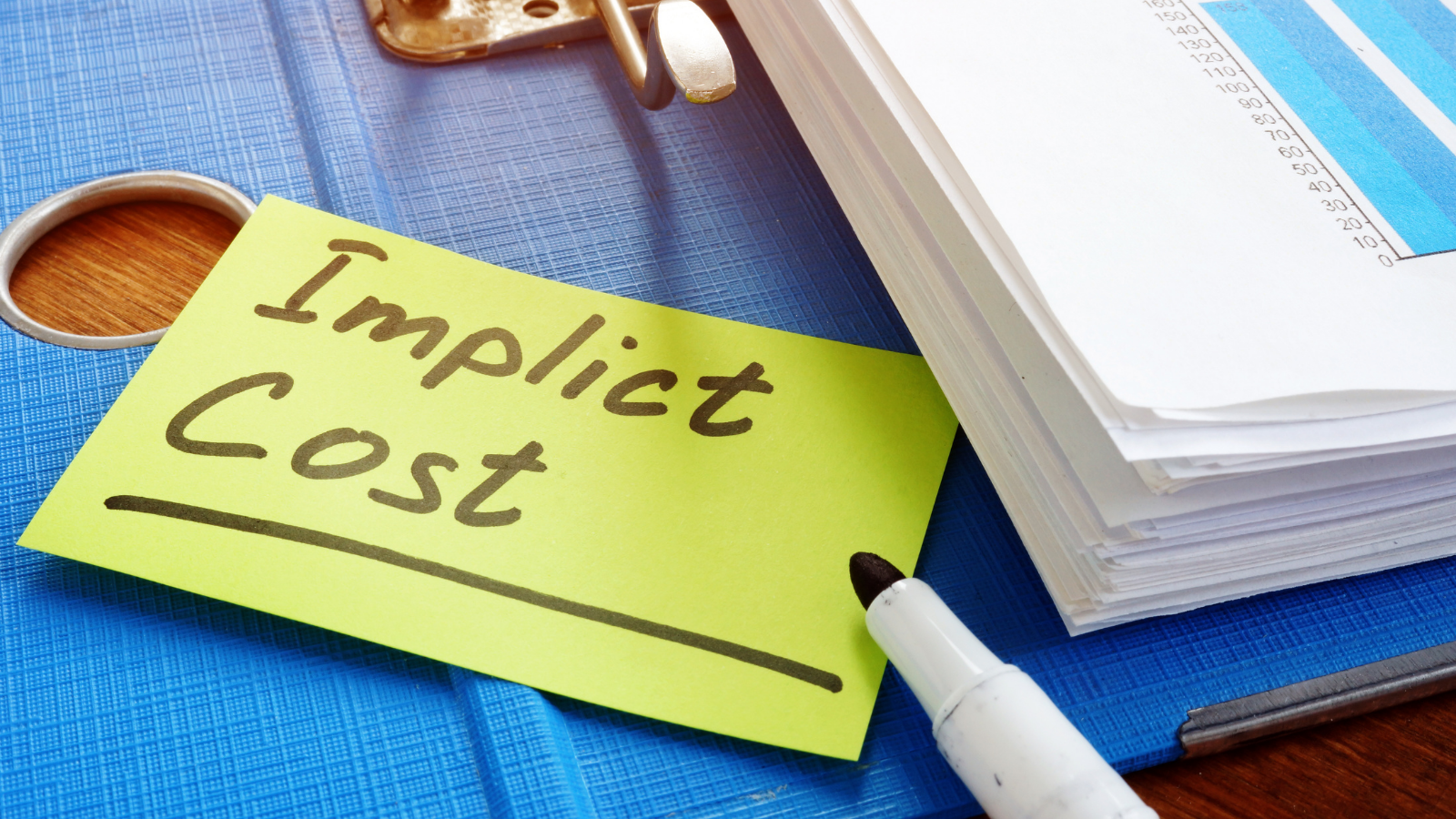 The simplest way to define an implicit cost is ‘the use of an asset you already own, that you didn't buy or lease’. It can either refer to human capital or assets like machinery and buildings. An implicit cost would have already place, but hasn't been recorded or reported as a standalone expense on a balance sheet, as it is difficult to quantify. Implicit costs can also be defined as opportunity costs, implied, imputed or notional costs.

Implicit costs are often viewed as the cost of doing business. They could be assets used to generate income but are often utilised internally to keep the business running. Total economic profit takes into account both implicit costs and the usual cost of business operations. Corporate finance decision making should always consider implicit costs as it allocates resources.

They generally occur when a company uses its resources - people or equipment, for example - but does not explicitly request any payment for the use of these assets. Allocation of resources in this way always fails to directly generate income from their use, purely as no money is exchanged. An implicit cost represents a potential loss of income but cannot be considered a loss of profit.

An implicit, or opportunity cost, arises when a company decides to do something one particular way, rather than another. The cost is incurred because the firm misses out on income generation by using a saleable asset internally, for example, instead of hiring it out to another business in exchange for payment.

One scenario where an implicit cost is incurred could be a building owned by a company which is not in use. The company may decide to keep the building empty instead of renting it out to another business and collecting rent. The amount of rent the company could have collected can be viewed as an implicit cost.

Another example could be where an employee takes time out of their usual role to train other staff members. The amount the employee would usually have earned in the time spent delivering the training could be considered an implicit cost. Implicit costs can be thought of as bets on the future in some cases – if your head of sales spent a week training the five underperforming members of the team, the business may have lost some sales for one week, however it may be valuable in the long term – this is all off the balance sheet, however you can see that it could potentially be a benefit for the company.

An implicit cost is the natural opposite of an explicit cost, which is defined as a financial transaction or a tangible deployment of company assets or resources. The relationship between the two means that both are needed when calculating both accounting profit and economic profit.

Technically, implicit cost exchanges do not take place and realisation does not include a monetary transaction, so accounting may find them difficult to measure. What implicit costs do is assist in adding value for the business (or that is the aim!)

An explicit cost is defined as a cost where a cash payment takes place. Operating costs such as building rent, salaries and equipment purchase are explicit costs and will be visible on a financial statement.

Another key difference between implicit and explicit costs is that the former is an opportunity cost, and the latter is a financial expense settled using an asset. Clearly, an implicit cost is difficult to quantify or measure, and therefore, is more subjective. What they do is allow calculation of overall economic profit as opposed to the tangible explicit costs used for accounting and economic profit.