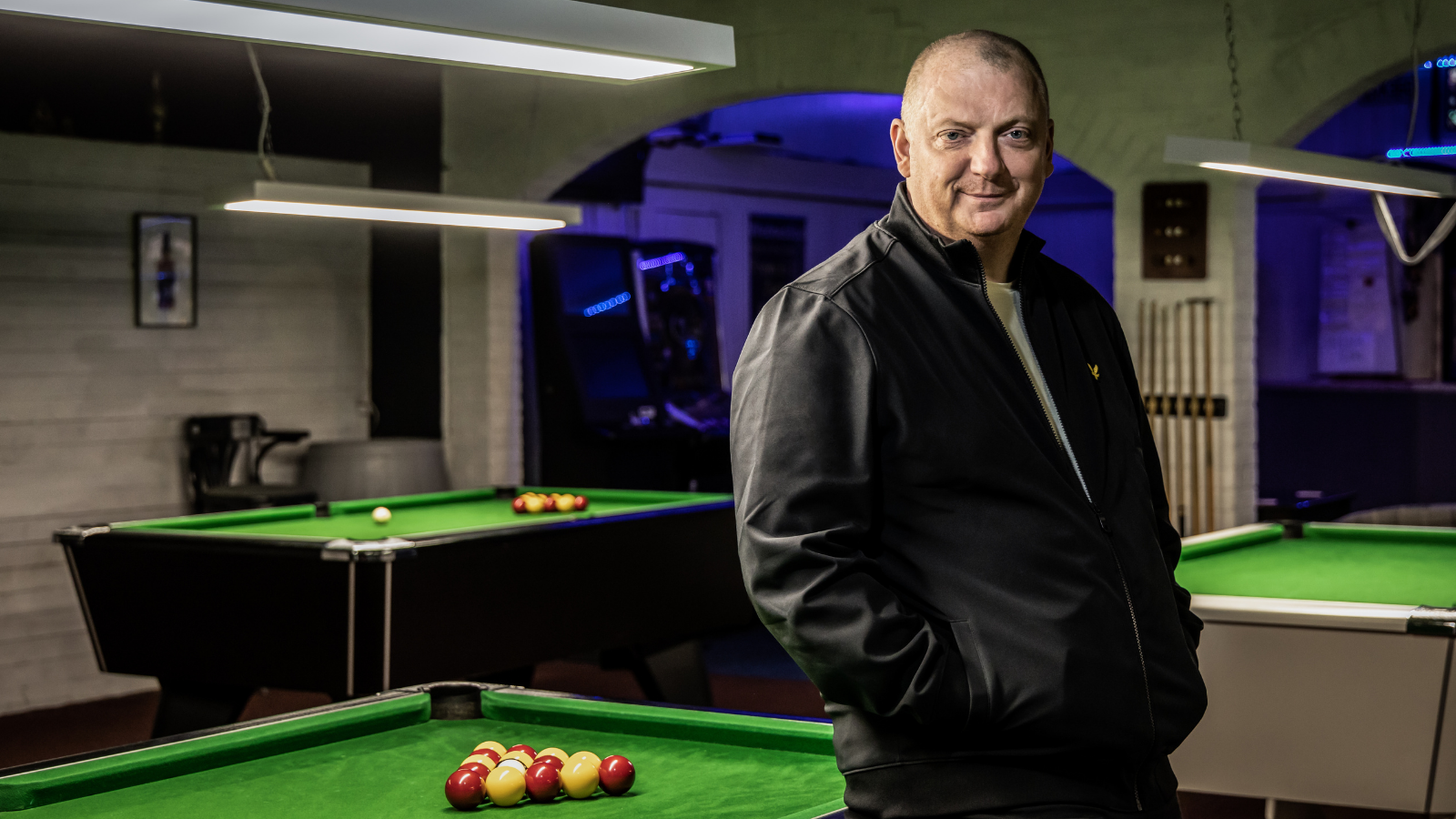 To begin our new series of Client Spotlights, we caught up with Lee Gaul, owner of Maidstone Pool and Snooker Club, to discuss how he took on the venue and his plans for the future, as well as how 365 Business Finance funding has helped him along the way.
________
FACTFILE
Owner: Lee Gaul
Location: Buckland Hill, Maidstone.
Key facts: 4 full-size snooker tables, 14 pool tables and 2 American pool tables
Website: www.maidstonesnooker.co.uk
________
365: What drew you here to take on the venue?
I’ve had loads of pubs in the past. I came from Peckham and bought my first pub there about 16 years ago, then grew and got another one in Tonbridge, then another in East Farley and Maidstone, growing to six pubs. I used to come here and play our pool matches from the pubs because that’s a big part of the business – you need a good reason to come here, to play pool. One night the owner told me they were looking to leave but I wasn’t interested in coming into this industry. I met him again a week later and he said “Are you sure?” Well, two weeks later it was mine! That was 14 years ago. Downstairs I’ve also got a gym with Muay Thai boxing and regular boxing – so sometimes while kids are down there training, the parents might be up here to have a drink and a couple of games of snooker. 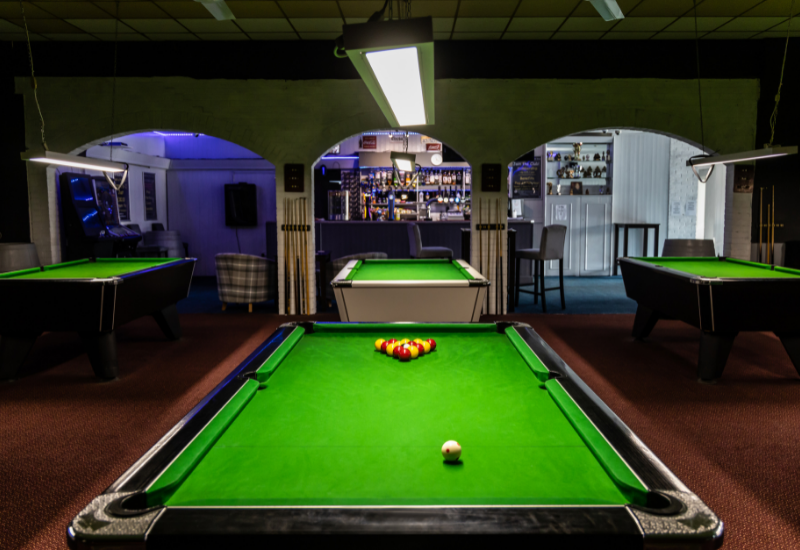 (Maidstone Pool and Snooker Club offers 20 tables, and hosts approximately 1,500 games a week.)
365: What have been your highlights over the years?
It’s the growth of the leagues and keeping the club busy. You need a reason to come here, really – so we have a pool league on a Monday with about 20 teams involved, nine of which are run out of this club. With the funding from 365 I managed to set up a Wednesday pool league and offer free prize money. I’m paying out the prize money but it’s guaranteeing 32 people playing on a Wednesday night for seven weeks. It also helps with people walking in and seeing the venue so busy on a weeknight, then booking for the following week. It started with two divisions and I’ve now grown it to six.
365: Tell us about what inspires and drives you with the business.
It’s nice when you see a Monday, Wednesday, Thursday or Saturday night - you look out and see how busy it is, it gives you a buzz. Knowing you’ve created it from nothing, where normally you wouldn’t see many people in on a Wednesday, but creating the pool league you’ve got every table going, all the lights and music on - it gives you the drive. I’ve also now got two darts teams and a 9-ball pool player who’s going to be coaching from here, training kids in the future. 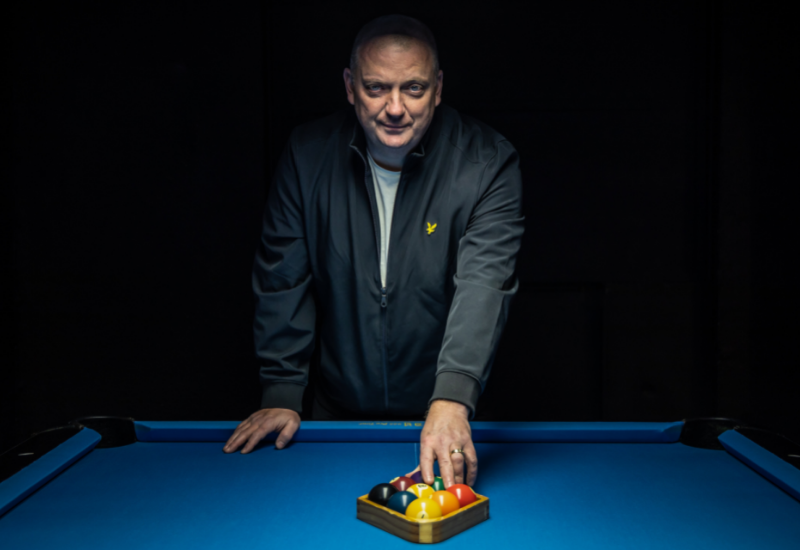 (Maidstone Pool and Snooker Club's owner, Lee Gaul.)
365: How did you find the funding process with 365 Business Finance?
The process was really easy – at first it seemed too easy! For a change you’re talking to a person and it’s one-on-one, not ringing up a call centre where you’re just a number, not a person. With 365, these are people I’ve dealt with all the time and they’ll message to see how I am or when I’m looking for more funding and it’s felt good to grow. I thought the funding would be a one-off, but I’ve had more funding since, growing each time - I now have a funding stream and, with these sorts of industries, it’s what you need because the banks don’t help you. It’s a big support for me.
You don’t notice the money coming out - it’s not like I’ve got to find money at the end of every month like a loan. It’s great to be able to log on and see how it’s doing - on very busy weeks I could see the balance just dropping. You set yourself mini targets as you want to see that drop, so it’s motivating. A big thing for me is the loyalty I feel, as 365 have increased the funding amount each time; it just fits in with the business. And it’s quick! If we talk at 10 in the morning, then by 4pm it’s approved and done. Other places make you wait days and days and it can still be a no!
365: What else have you used the funding for?
A 9-ball player moved to the area so he could play out of this club. I’ve done a deal with him and set up a dedicated room for 9-ball and he’ll be coaching kids in the future – it’s a way of getting the younger players in throughout the week. 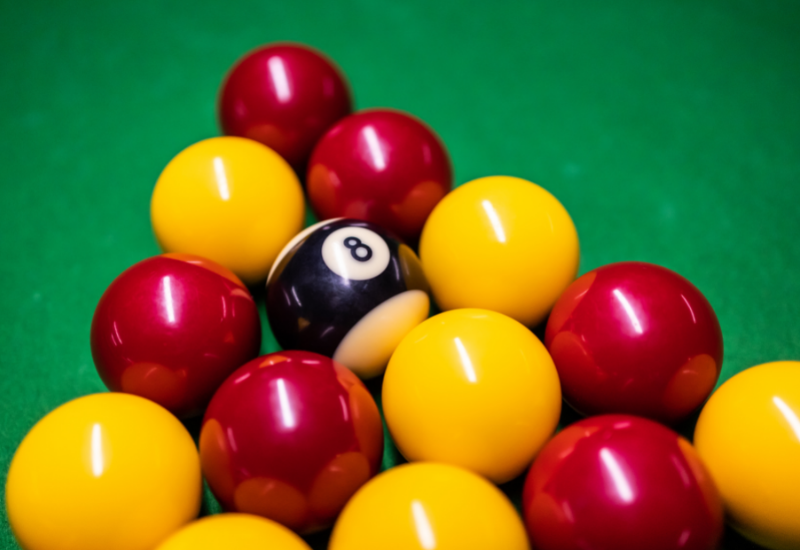 (There are regular social functions, including snooker competitions, leagues and training.)
365: What are your future plans for the business?
The next round of funding I take will be to refurbish the snooker tables. Even if there’s a little rip in a cushion, it’s £500 each time as you have to have the whole table done at once. We’re also looking at some new lighting over those tables. But the more you invest in the tables and the stock, the better the clientele will treat the tables as well. After that it’s a case of building up snooker competitions, leagues and training.
There’s probably 1,500 games a week being played on the pool tables, so they’re being resurfaced two to three times a year, which is £4,000-4,500 per year in total. But this is where we want it – I’d rather have 10 tables on the go. 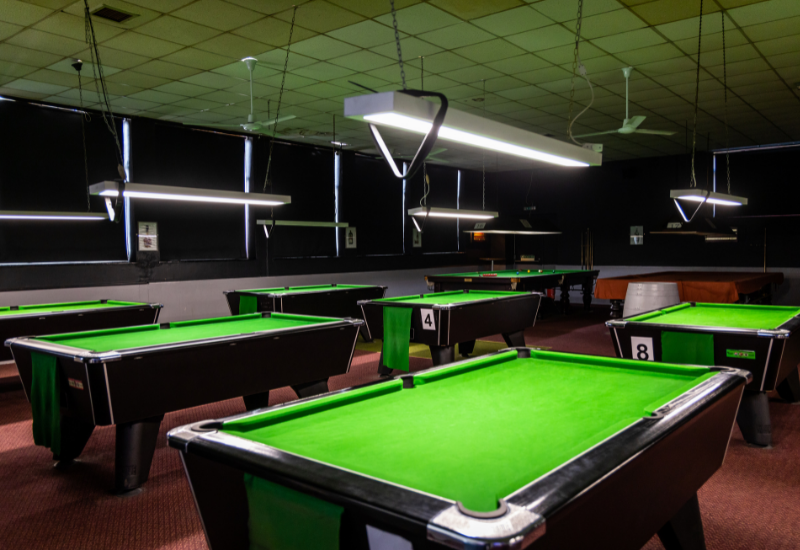 (Located just opposite the Barracks Station in Buckland Hill, Maidstone, you can keep up-to-date on their snooker competitions and leagues by checking upcoming events on their website.)
If you’d like to discuss a tailored funding solution for your business, contact our friendly, expert team on 0207 1000 365.