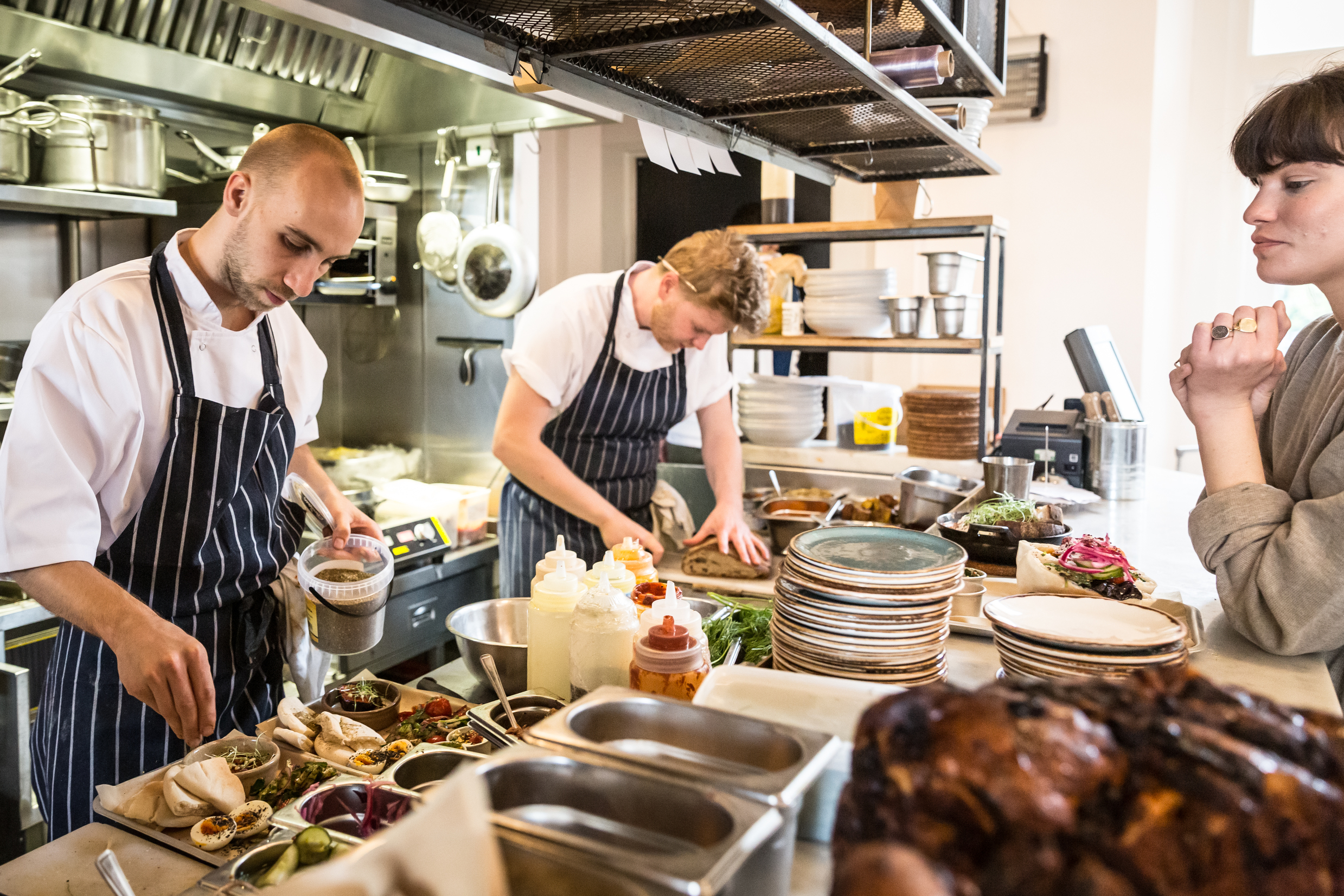 We recently caught up with Joel Braham, founder of The Good Egg, to discuss the journey of his restaurant business, the challenges faced by independent restaurants and the importance of maintaining a happy workforce, consistently high standards and managing cash flow.

365: How did you get started in the restaurant industry?

Joel: It all started with a love of cooking. I grew up working in pubs and restaurants ranging from low to high end but always had the interest, whether part time, Saturdays or holiday jobs. At university I studied acoustical engineering, got a job in that field afterwards, then moved to London and worked in IT – but always in the background there was this growing obsession with food that was drawing me away from that.

Alex (my business partner) and I started at markets with a version of The Good Egg concept that was much more egg and breakfast based – which still has some links to what we do now – that turned into residencies and pop-up restaurants. After doing pop-ups for about two years we opened our Stoke Newington restaurant in November 2015.

We had a lot of really good friends in the industry, at different restaurants and related industries that were invaluable to us – it’s really important to have that network. We also learned that it’s a good idea to open first in the areas that you know well! 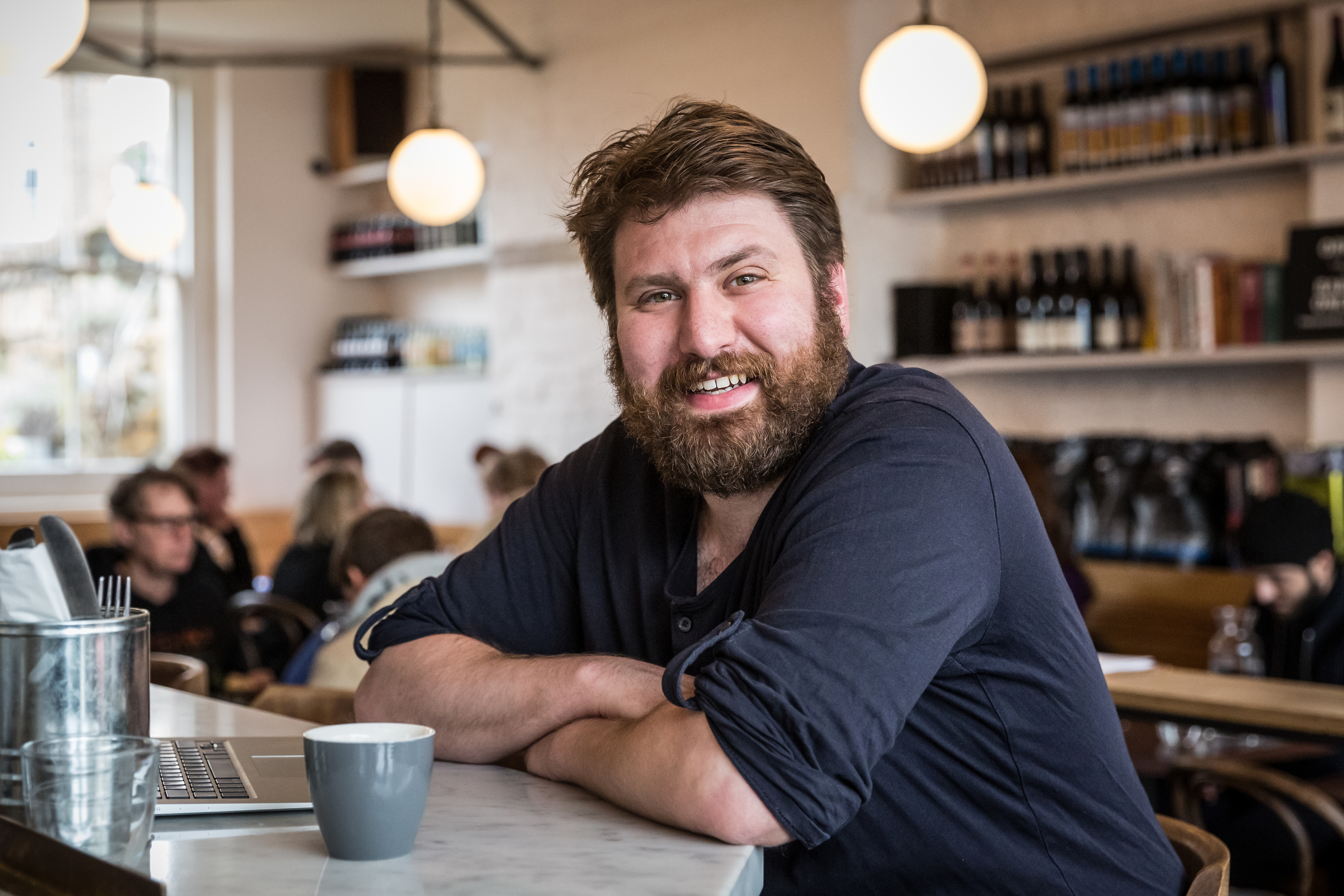 365: What drew you to the site in Stoke Newington?

Joel: Alex and I were living in Stoke Newington and used to walk past this site (a former betting shop) every day, then it came on the market. We were looking everywhere for a suitable restaurant site and were struggling to find the right place. When this became available we pitched for it with the council and they backed us, recognising the jobs we were creating and the business we wanted to build.

This area was crying out for something that was a bit more special. There are a lot of generic sites around and we wanted to create the type of place where we would want to hang out. We hit the ground running here and were instantly packed at the weekend for brunches and doing very well for dinners as well, which in turn led to Kingly Court – a bigger, more prominent site.

365: Tell us about Kingly Court and how you managed to get such a prominent site.

Joel: Our Stoke Newington restaurant is still our baby and it’s a great place to come to understand the essence of The Good Egg. Kingly Court, a bigger site with a much bigger kitchen, opened in 2017 (almost two years to the day since we opened in Stoke Newington) and is great for the progression of the business.

We met the landlords, Shaftesbury, years ago and initially looked at running a pop-up and potentially taking one of the smaller sites upstairs, so we had a good relationship with them and were on their radar. They’re very good at working with concepts and coming back to them when the time is right. We pitched for it and thankfully they wanted an all-day offering, so our proposal was accepted. 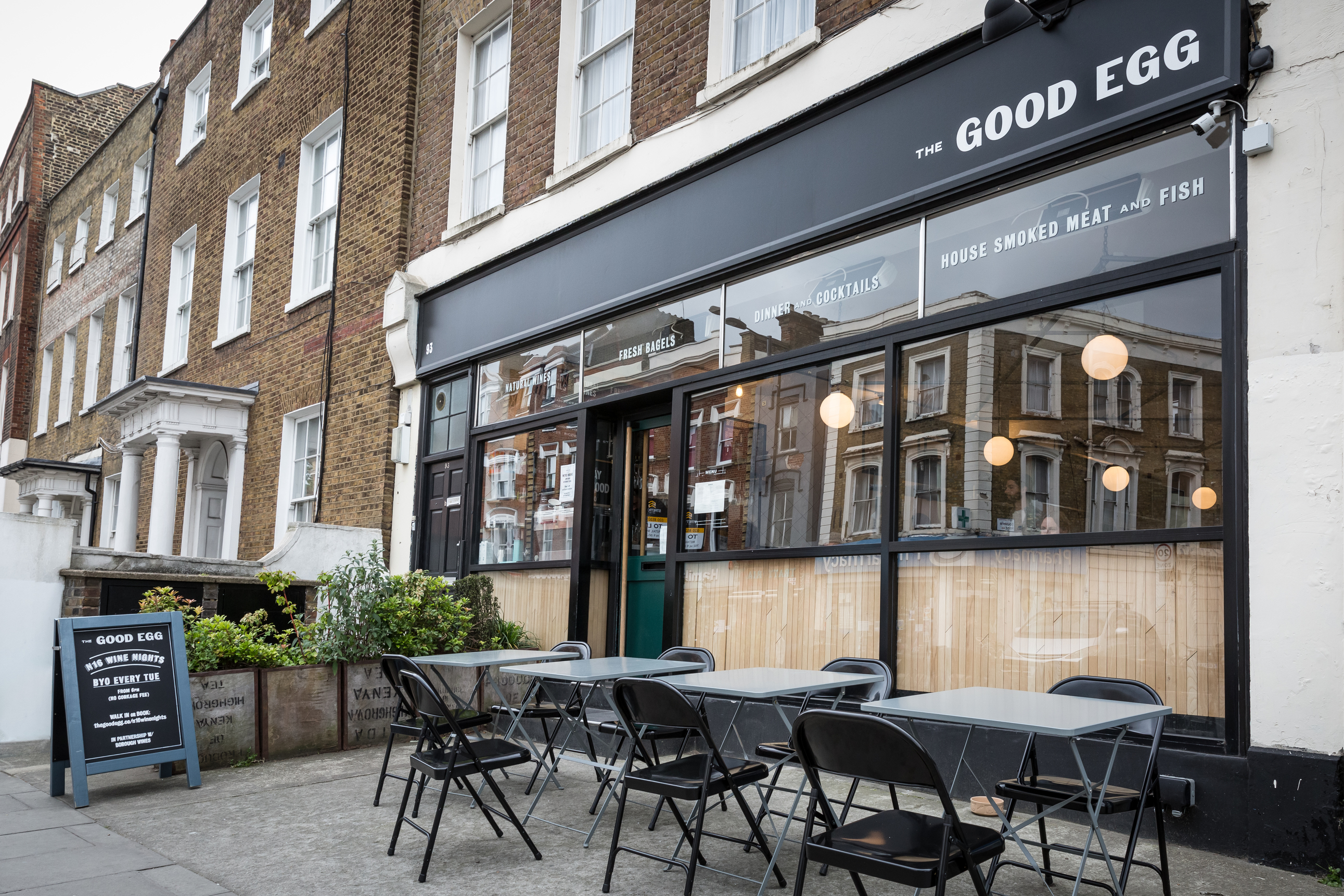 365: What’s been your biggest highlight since you started The Good Egg?

Joel: Opening in Kingly Court was amazing. During the opening, the buzz that was surrounding it was really fantastic. It was nice having done a site like Stoke Newington, then opening in a completely different venue. We had lots of support from the landlord and it opened up opportunities to use new architects, for example.

Also, seeing our Stoke Newington restaurant grow and the fact that people are still coming here one, two, three times a week; it’s got a really amazing neighbourhood following for brunch and dinner, and the team here that we’ve built is really strong, many of them live nearby.

365: Tell us about your ethos and the inspiration behind the menus

Joel: It’s very loosely rooted in Jewish food, with some dishes you’d recognise if you have a Jewish grandmother, plus street food from Tel Aviv and the Middle East, as well as New York delicatessens – it’s very flexible. Sustainability and sourcing our produce well are also very important to us.

We change the menus seasonally at both sites. Joe, our new head chef here, ran an amazing supper club a month ago – entirely his menu – as a way of introducing him to The Good Egg. It was great for him to have the opportunity to show what he can do and some of those dishes will inevitably make it onto the menu. 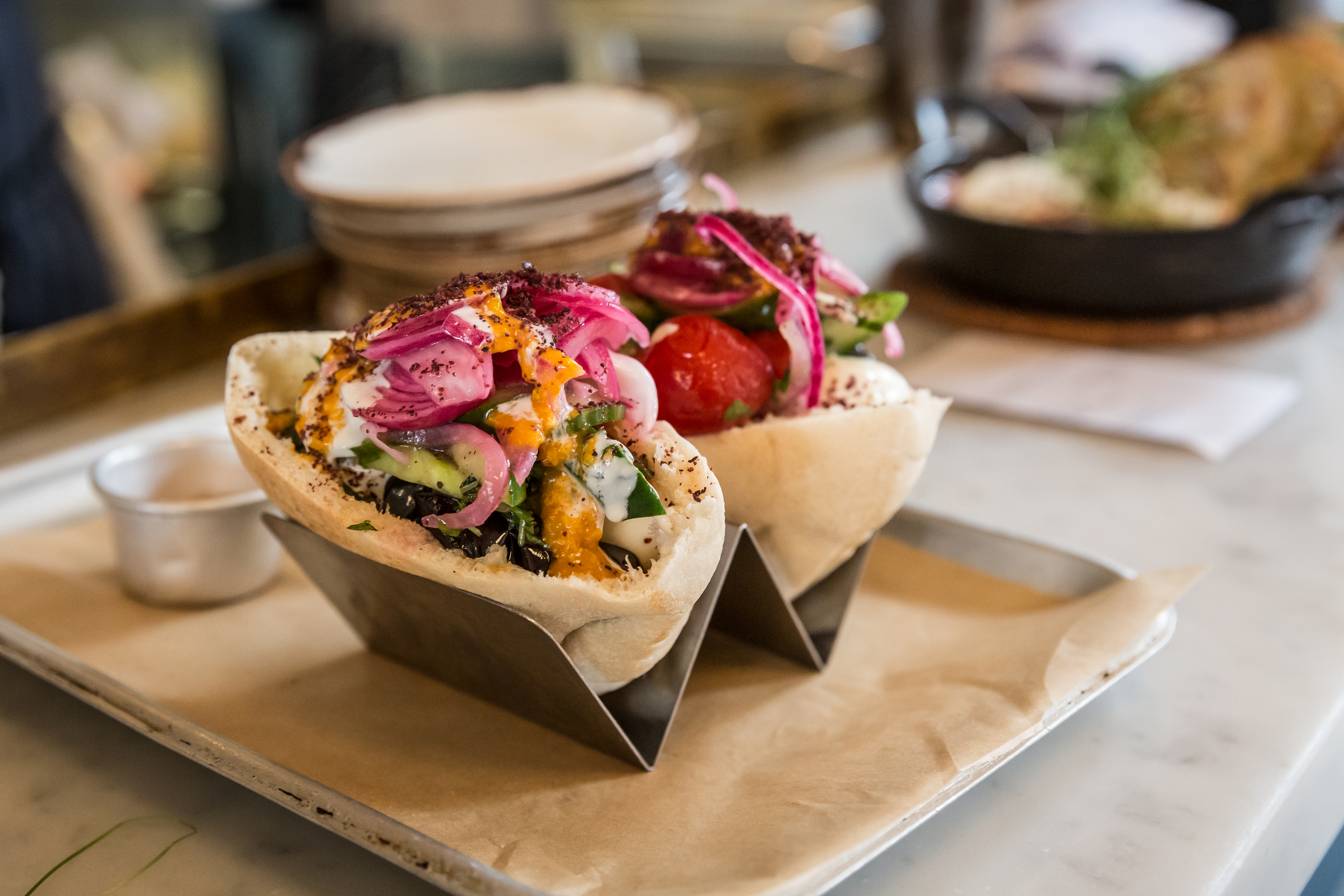 365: How do you maintain a happy, motivated team?

Joel: Supporting our staff is very important to us. The Good Egg was never meant to be a link to someone being a ‘good egg’ but that does run through the business! We work with suppliers who look after their staff and for our own staff we don’t ask people to work 60 or 70 hours per week, which is unfortunately very common in the restaurant industry.

Staff welfare is really important, as we try to prevent staff turnover being too high and you have to put things in place so staff are happy and know what they’re doing and what’s expected of them – many businesses don’t manage that. I think maintaining happy staff and consistency of the product are probably the two hardest things but they go hand in hand. If you have unhappy, demotivated staff, then standards will start to slip.

365: What are the biggest challenges you face today?

365: How has the merchant cash advance from 365 Business Finance helped you?

Joel: It helped a huge amount. Cash is key in this business, so if we got our VAT bill, our PAYE bill, payroll and the oven broke, for example, then in one week that could be £150k out of the business. You can prepare for these things but there are some times when you need help and I think the merchant cash advance is great.

Obviously there’s a fee but it’s generally taken over such a long period that you don’t feel the day-by-day strain of it. And you don’t have to do anything – it’s not like you forget about it and then a large sum of money is taken out on a Friday. All the hard work is taken care of for you and you get your card payments into your bank account in exactly the same way.

For any restaurant, you may have a quiet January and February and then March picks up, but you don’t realise the benefits of that for another six weeks. So the advance enabled us to better plan the next six months. 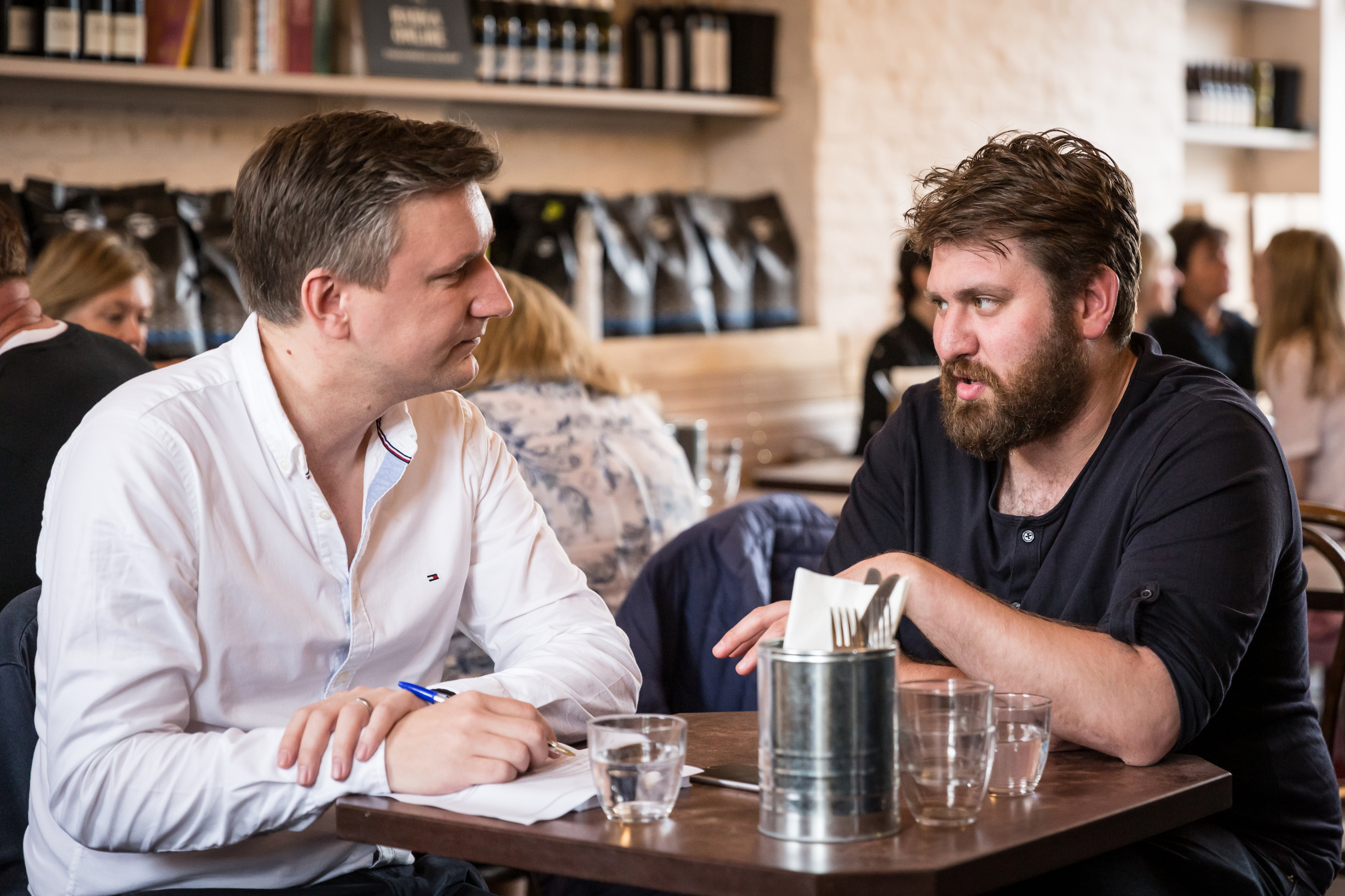 365: How did you find the process of getting the merchant cash advance?

Joel: It was straightforward to set up. Unlike a loan where you might need some security to put down or lots of due diligence, if you can demonstrate that your business is operating and generating the card sales, then it’s a simple, short process.

We had our funding advisor Matt on the other end of the phone and he was really helpful and managed everything quickly.

365: What are your plans for the future of The Good Egg?

Joel: We’re looking at a few opportunities at the moment where we can complement what we already have. One idea is a bakery (we bake our own breads and cakes but we’re at maximum capacity for the two sites), plus some other opportunities. We are looking to grow but consolidate what we’ve got, so anything would be very much geared to complementing our two restaurants.

If you’d like to discuss a tailored funding solution for your restaurant, contact our friendly, expert team on 0207 1000 365.